Liv Schulman’s video work L’Obstruction tells of unfulfilled desires and the search for the meaning of life. And asks why we are alone after all.

A man and a woman stand facing each other in the blazing midday sun, separated only by the oversized legs of a David statue. Although the stone limbs allow the two protagonists to see each other, they otherwise act as a highly efficient, albeit artificial room divider. The woman observes the man without moving, waiting. He seems nervous, rubs his eyes, suddenly starts dancing shyly and clicking his fingers, as though seeking to find an outlet for the virtually unbearable tension build-up.

He seems to want to tell her something, but something is holding him back: “There’s a block, I really don’t know how to start,” he murmurs. In her video work “L’Obstruction” (2017) Liv Schulman – born 1985 in Paris, raised in Buenos Aires and now living and working in both cities – positions the man, played by artist Jean-Charles de Quillacq, in front of various statues in public places, one scene after the other. In each case of the four different sections, headed “The Pharmaceutical Industry,” “Offer and Demand,” “Work, Anxiety” and “Will, Regulations,” he attempts to say something to his respective counterparts through the statues’ dividing forms. As the piece progresses, however, his mumblings become ever more confused and bizarre.

What happens when an ant and an elephant fall in love?

For example, he talks about a group of baristas who, after closing the café, perform intimate dances with their work utensils, thus expressing their personal longings as along with a social class struggle. Then there’s the story of an ant who wants to be intimate with her great love, an elephant, thinking about the physical possibility of such an act. The protagonist gets entangled in his tales, complains about the blazing sun and the heat, loses his train of thought, while the person standing opposite him listens amused, perturbed or even indifferent, without ever speaking a word.

“Anyone who can speak to more than 12 people at once, is a dictator,” cultural theorist Klaus Theweleit once said, paraphrasing the French director Jean-Luc Godard. The actor in “L’Obstruction” evidently has great problems directly addressing even a single person. Or is he aware that the actual audience is far larger, as we can surmise from his repeated direct glances into the camera, breaking the fourth wall?

By means of intertitles, Schulman places the man’s thoughts, formulated by his act of speaking, in a significantly larger context than the unfocused and in part absurdly meandering discourse itself would suggest. And thus the specific circumstances of the public speech per se noticeably take center stage: the unusual location of the address, the actual or imagined reaction of his listeners. These external factors trigger internal processes in the protagonist that find expression in his physical stance, his behavior and his face.

Anyone who can speak to more than 12 people at once, is a dictator.

Paranoia, uneasiness and fear are manifested in the main actor’s bearing and as such perhaps reference the impossibility of public speaking in general. The written word, a formulated dialog – be it between two people or as an internal dialog – is always the starting point for her works, or so Liv Schulman recently told the online “platform 6x6project”. These ideas immediately give rise to new chains of associations, which however can then often only lead to dubious theories or even a depressing sense of alienation, the artist continues. In the video work “Polis-Polis” (2018) for example, police officers talking in a group air their thoughts about their uniforms, about sexuality, religion and work.

In the TV miniseries “Que Faire?” (2017) Schulman stages amateur actors as a group of TV scriptwriters talking to each other about their writer’s block and seeking to overcome it. What ultimately remains in “L’Obstruction” is just a completely dehydrated, drained protagonist lying on the floor. The thoughts may be free, but who can capture them?

The mother exists only as a kind of voice

We also encounter at least difficult communication in Liv Schulman’s chosen movie, the feature film debut of Colombian filmmaker Vladimir Durán “Adiós Entusiasmo”. Siblings Axelito, Antonia, Alejandra and Alicia live with their mother in a big-city apartment, which resembles a cave and where daylight never seems to shine. The siblings have a very close relationship to one another, physically and mentally. The mother, in contrast, only exists as a voice in the joint living space: Enclosed in a room behind the bathroom, she only has verbal contact with her children; they pass food and medicine to her through a small window.

Her confinement is never being explicitly explained – the “arrangement,” as it is called at one point, seems to have something to do with the mother’s mental state – and the viewer is introduced into the family’s day-to-day reality as a matter of course. Formally, Durán translates the feeling of confinement consistently: The camera seldom leaves the apartment and the film was produced in the ultra-wide format of 32:9, which was originally developed for IMAX movie theaters.

Compared to the Cinemascope format of 2.35:1 used as standard in movies nowadays this is far more suitable for broad horizontal shots, but in “Adiós Entusiasmo,” with its almost constant close-up angles, it has precisely the opposite effect, namely claustrophobic constriction. As close and intimate as the communication may seem between the family members, the actual isolation of the protagonists comes to light almost violently during a birthday celebration for the mother; old conflicts flare up and gradually drive the close-knit group apart. In the end, only bodiless voices remain. 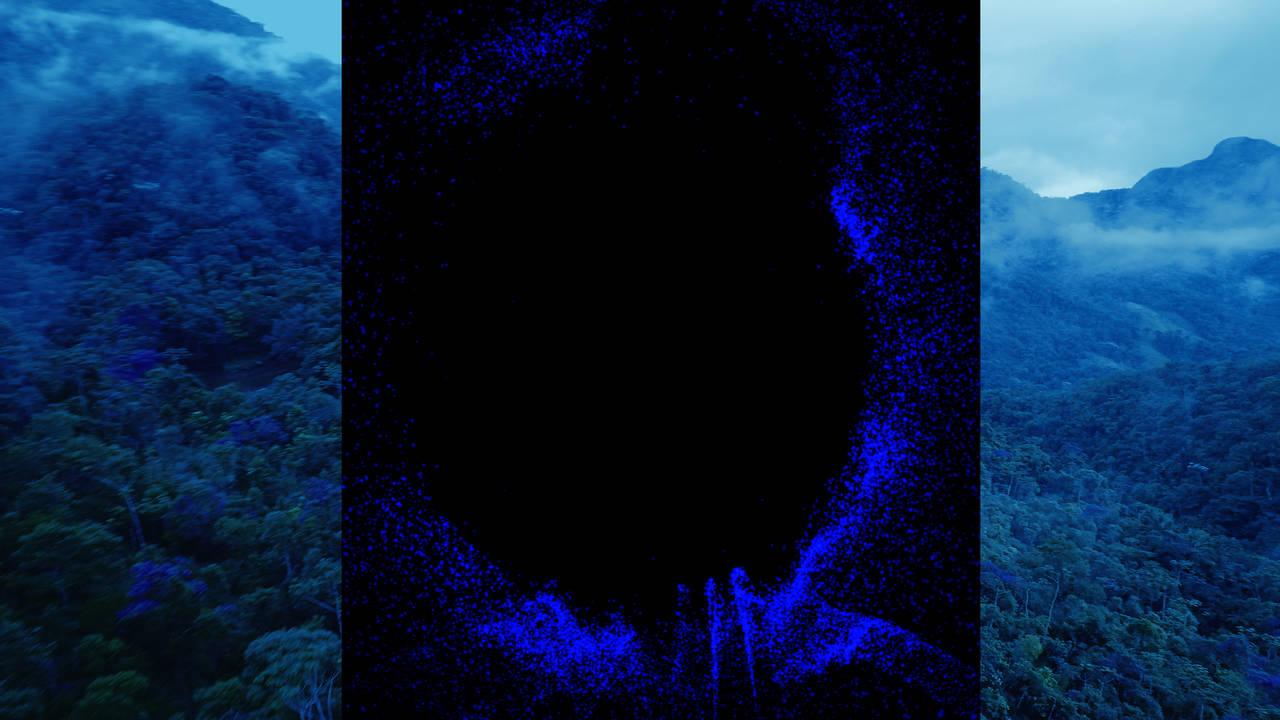