Doug Aitken presents his spectacular film and sound installations across the entire exhibition space of SCHIRN.

The Schirn will present Aitken's kaleidoscopic universe in more than 1400 square meters of exhibition space. "SONG 1" (2012/2015), "Black Mirror" (2011), "migration (empire)" (2008) and "diamond sea" (1997) will be shown in atmospheric spaces with corresponding sculptures, such as "Sunset (black and white)" (2011) and "Listening" (2011). "Sonic Fountain II" (2013/2015) will transform the public and freely accessible Rotunda of the Schirn into an acoustic-spherical space. Doug Aitken takes the viewers of his work on a synesthetic journey around the world and to their inner self -- in a maelstrom of expressive and rhythmically structured images. He poses existential questions, but does not provide easy answers. Instead, the artist expresses an almost ingenious enthusiasm for humanity and communal interaction. His themes continuously revolve around human civilization: the alienation of the individual and isolation in the mass; man's relationship with nature and technology; and technology's coexistence with nature as well as human relationships per se. 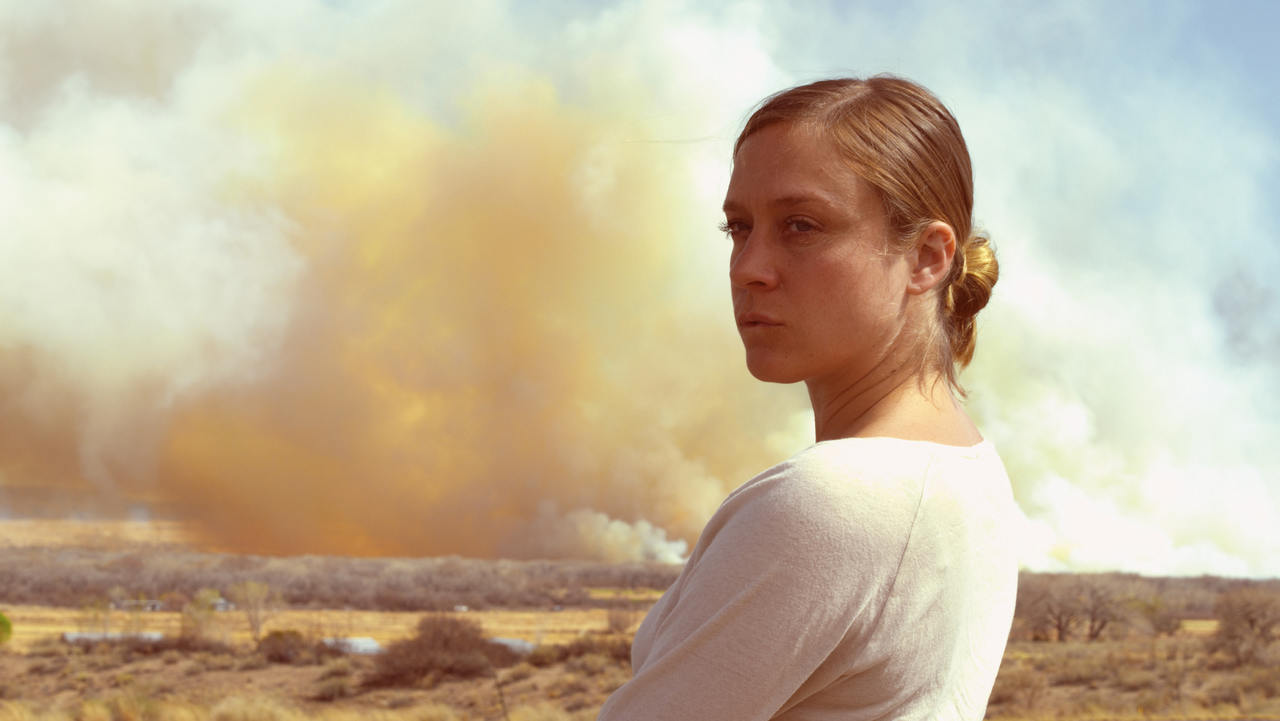 The exhibition journey starts in the exterior space. In the Schirn-Rotunda, there is "Sonic Fountain II", a site-specific extended version of the work from 2013. It marks the beginning of the exhibition, and, at the same time, provides its soundtrack. Water drips and spurts into a basin formed from sand and gravel, filled with milky liquid. It is a musical composition of liquid noises that is compacted acoustically by the vessel-shaped architecture of the Rotunda.

The first work in the interior of the Schirn is the multi-channel video installation "SONG 1" from 2012/2015. Originally developed for the facade of the Hirshhorn Museum and Sculpture Garden in Washington DC, the work will be projected for the first time in an interior space onto either side of cylindrical screens suspended from the ceiling. "SONG 1" looks at the hustle and bustle of a US city at night. Images of ordinary daily life consisting of work, endless road trips and looking for human contact, connection and intimacy are revealed at different locations, such as a factory, a fast food restaurant and a parking lot. The musical theme for the film is the song "I Only Have Eyes For You" (1934, Dames). Aitken gets various protagonists, including Tilda Swinton and Beck to sing the song in myriad interpretations, and thus determine the rhythm and atmosphere of the individual images.

In the second major video installation, "Black Mirror" from 2011, Aitken explores the nomadic journeys of a young woman who is trapped in a cycle of accomplishments and realities of modern civilization -- airport, hotel, Internet, highway, smartphone, pills. Aitken does not reveal where she comes from, who she is, nor why she travels. Rounded up yet driven, in a continuous present, the young woman, played by American actress Chloë Sevigny, is constantly moving from place to place, for her own sake. It frequently appears to her as if she looked at herself from the outside, and the places and landscapes pass her by like a movie. Movement -- impressively reproduced by Aitken's camera -- is the actual subject of the journey and its sole objective.

Aitken continues to expand on the theme of movement in the subsequent work "migration (empire)" from 2008. He describes the situation of being everywhere, yet ultimately nowhere, by relocating the action to motel rooms outside the metropolises. At Schirn, the work is presented on three large billboard screens, mounted one after another. This form of presentation is reminiscent of a row of billboards along a road. Aitken's camera gradually leads the viewer into individual rooms where animals appear: a horse stands on a threadbare carpet, its hoofs kick up dust; a beaver bathes in a tub, rabbits loll on beds. There is no discernible narrative action, Aitken rather focuses on seeing as such, and the thought patterns that limit and curtail visual discovery.

The exhibition ends with a pivotal work in the artist's oeuvre, "diamond sea" from 1997 -- his first multi-channel video installation and among his first architectural work. For the landscape panorama, Aitken spent months in the Namib Desert in the southwest of Africa. He relates the once highly secure and now decaying facilities of the diamond mines with the rather distinctive natural environment. As Aitken himself says, he presents a "quiet, almost hallucinatory phantom world". The images of the barren and inhospitable site impact on poetic images of the desert and the sea. In "diamond sea", the artist deliberately backs out from the role of the author to give room to the reception, the physical and spiritual experience, of the work.

Between the four large video installations, there is a concise selection of sculptures by the Californian artist, such as "Speed", 2012 and "1968 (broken)" from 2011. Made from various materials, they are reminiscent of luminous advertising signs, loud and aggressive contemporary urban signs. Aitken's sculptures relate to the themes of his film work, and emphasize the interactive nature of his installations.

Doug Aitken (*1968, Redondo Beach, California) studied from 1987--1991 at the Art Center College of Design, Pasadena, where he received his BFA degree, as well as from 1986--1987 at Marymount College, Palos Verdes in California. Aitken works cross-genre with various artists, actors and musicians. His artistic work includes film, music, architecture, performance and happening, as well as sculpture. Aitken has received numerous awards. In 1999, he was awarded the International Prize, the Golden Lion at the Venice Biennale.

SCHIRN AT NIGHT on September 12, 2015 from 7 p.m. – with the premiere of a recomposition of “I Only Have Eyes For You” by musicians of the Junge Deutsche Philharmonie, two live performances and the presentation of the film “Station to Station”.