The British artist Heather Phillipson is guesting at DOUBLE FEATURE on March 18. Her favorite film "Hail the New Puritan" by Charles Atlas will be screened in the second part of the evening.

What perception actually is and how it operates are questions pursued time and again by philosophy, psychology, biology, and of course art. The key to our very personal conquest of the world is, after all, not such a simple thing. Isolated from the individual, what he or she perceives and exactly how this takes place can only be detected with difficulty if one does not want to lose oneself in descriptions of the chemical-biological processes associated with the optic nerve, the brain, and synapses.

“French Kissing—it was going to be a film about French cuisine” are the first words spoken in Heather Phillipson’s work “A is to D what E is to H” (2011–13) and throw us directly into the perceptual machinery of an individual; the sound-related similarity of the English words “French kissing” and “French cuisine” are underlaid with the corresponding motifs on the visual level. In the following nearly twelve minutes the viewer is sucked into a chain of associations—separated by chapter-like subtitles (A to H)—on the visual level that the artist weaves into a stream-of-consciousness-like collage. The off-camera voice makes its way from phrase to phrase, loses itself in articulate and shrewd formulations, muses on the sound of its own voice, and uses it to follow the images or dictate them. On the sound level this is accompanied by pieces of popular classic music by Camille Saint-Saëns and Eric Satie, French pop music, or Eurodance hits from the 1990s. For the viewer, it is not clear whether what is being said has an addressee or whether it represents a kind of inner voice that seeks to verbally communicate what it feels in a humorous as well as poetic, eloquent way.

The playful and reflective treatment of the interface between perception and language also features in other works by Heather Phillipson (*1978 in London). In 2013, for instance, for her exhibition at the Baltic Centre of Contemporary Art in Gateshead she developed an audiovisual tour guide with the title “Cardiovascular Vernacular (as in ‘it’s time for my regular cardiovascular vernacular’).” With the aid of a Smartphone, the artist used this to send visitors off on a nearly one-hour tour through town, thus allowing them to share her own perception and the associated sensations. In her multimedia installation Phillipson plastically combines moving image, sound, and object to become a physical experience: for example, one could watch her video “ha!ah!” (2013) as a passenger in a motorboat set up in the exhibition space. Language serves to connect one’s own perception with perception by others.

Carried by longer dance sequences, which are for the most part accompanied by music by Mark E. Smith and his post-punk band The Fall, “Hail the New Puritan” develops an almost ecstatic pull in which the bodies of the dancers seem to become the direct expressive platform of themselves and thus leave the verbal level behind. Yet general statements about how individuals perceive, how they process the impressions they have gathered, and how they represent the world on a small scale cannot always be made. However, the attempt to invite others to participate in one’s own perception and at best make it palpable highlights the individual element of perception and in doing so connects Atlas’s film with Phillipson’s work.

From November 20, 2015, to February 7, 2016, Heather Phillipson will be showing a multimedia installation in the Rotunda developed especially for the Schirn. 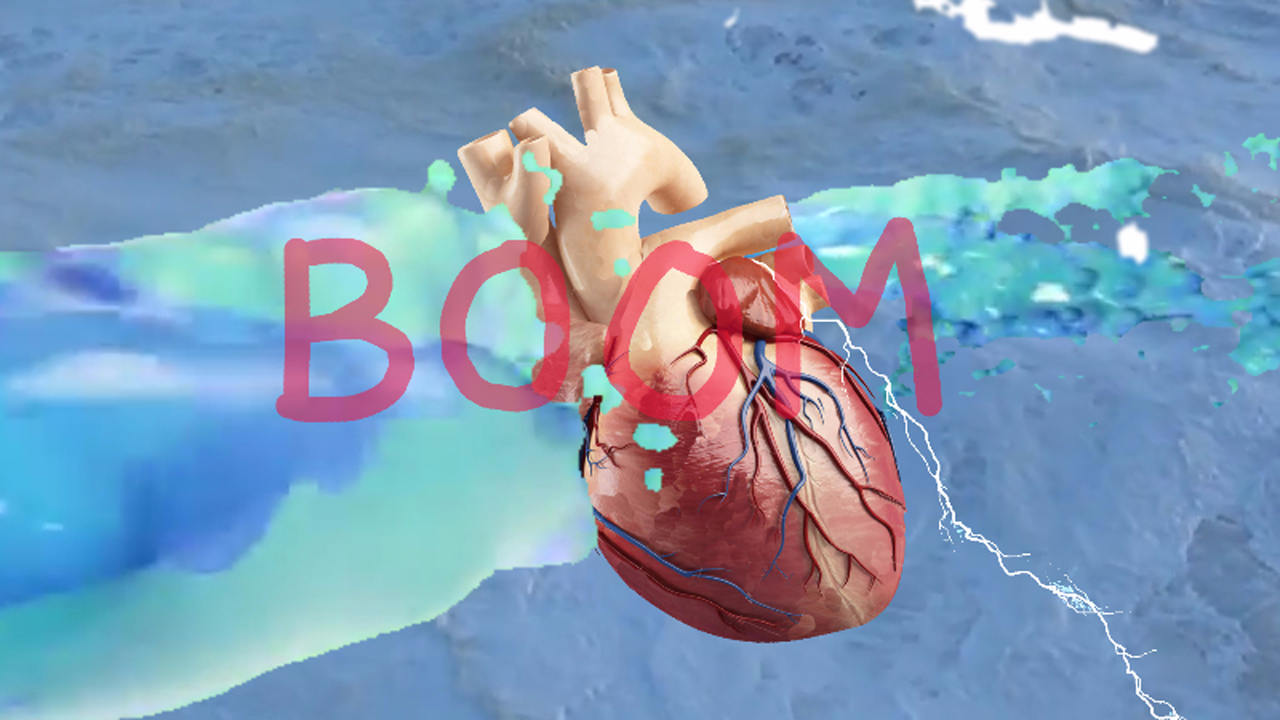